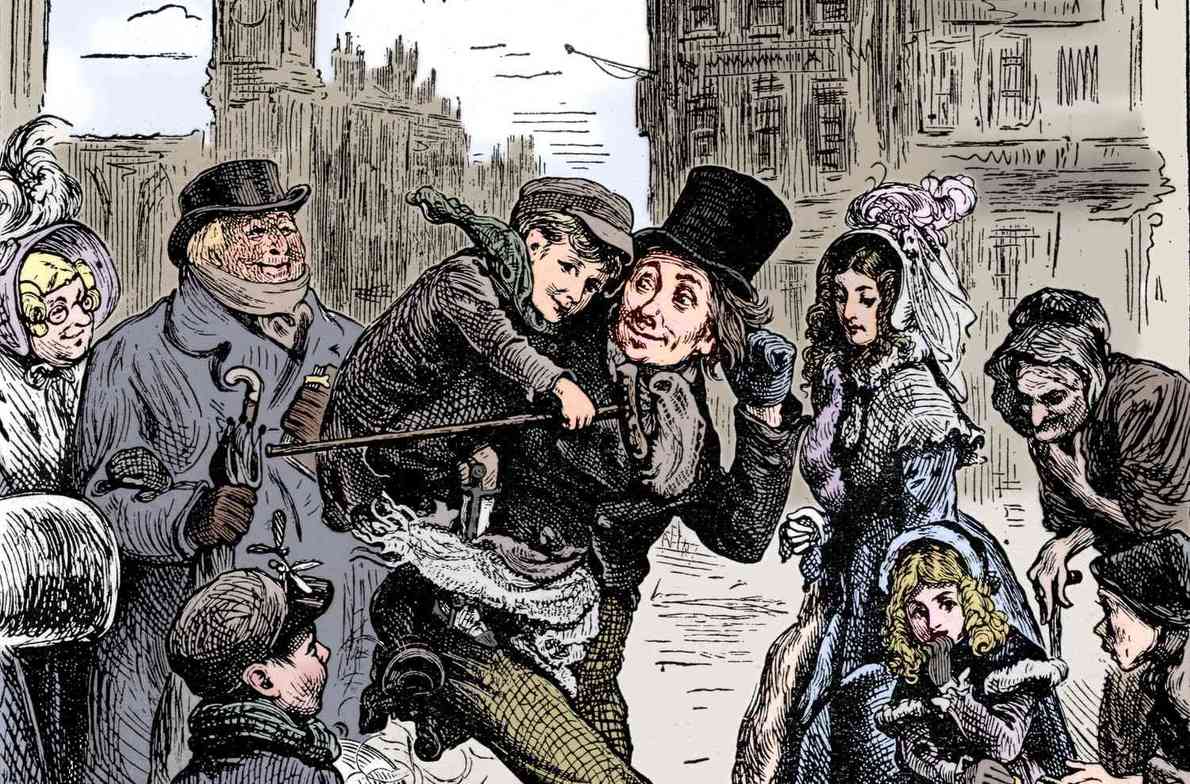 Marley was dead, to begin with.

This morning on CBC radio they ran Stuart Mclean’s Christmas story entitled “Dave Cooks a Turkey.”  Other than the fact that there’s turkey involved and they refer to the Christmas holidays there is nothing intrinsically Christmas-ie about the story.

I’m not trying to be the “Grinch” about this very entertaining LOL telling of the adventures of Dave.  I loved listening to it today as much as I did the first time.  But, I think it is typical of our politically correct, “don’t mention Jesus too much” post modern Canadian society.

Earlier in the day, again on CBC radio, Mat Galloway was talking about quintessential Christmas songs.  Gordon Lightfoot’s, “Song for a Winter’s Night,” was mentioned as a Canadian Christmas song, even though it never mentions Christmas, just winter.  I suppose the fact that you can hear bells jingling in the background at some point in the recording counts for a Christmas song in our country.  But that’s my point.  There seems to be two different Christmas’ out there.  One is the traditional, keeping “Christ” in Christmas; while the other has removed “Christ” from the Christmas holiday so that all we are left with a warm fuzzy emotion.

The way we celebrate Christmas in our western way goes back more than 300 years.  In the early 17th century, a wave of religious reform changed the way Christmas was celebrated in Europe. When England’s Oliver Cromwell and his Puritan forces took over the country in 1645, they vowed to rid England of decadence and, as part of their effort, cancelled Christmas.

The Pilgrims, English separatists that came to North America in 1620, were even more orthodox in their Puritan beliefs than Cromwell. As a result, Christmas was not a holiday in early America. From 1659 to 1681, the celebration of Christmas was actually outlawed in Boston.

"Marley was dead, to begin with." With those six words, Charles Dickens invited us into the world of A Christmas Carol first published on December 19, 1843.  The story introduces us to Ebenezer Scrooge, the three ghosts of Christmas, Tiny Tim, and a full cast of memorable characters. Though he spent mere weeks writing it, Dickens' novella about the original Christmas grinch has been a holiday staple for nearly two centuries.  The climax of the story is the conversion of Ebenezer from a man who trusted only in economics and had a heart of stone, to a man who trusted in our Saviour, Jesus Christ and as a result of his conversion was given a living heart.

So what can we do?  Take this as your invitation to attend one or two (or even 3) of our Christmas Eve services.  They are at 5, 8 and 11 pm at both St. George’s in Banff and St. Michaels Church in Canmore.  Take this as permission to invite a neighbour or two to come with you.  Maybe you could carpool.

Each service will be different.  For example at the 5pm service St. George’s, a children’s Christmas Pageant has been incorporated into the service; while at the 5pm service at St. Michaels, Canmore refugees from Ukraine will join us to share their experiences of celebrating the birth of the Prince of Peace in a time of war.  The 8pm service is billed as a Candlelight service, and the 11pm service is a traditional Midnight Mass.  If you are concerned about the weather being cold, as a bonus I can let you know that the high forecast (on my app) is supposed to get up to -2 degrees Celsius.

Thank you Lord!  And Merry Christmas to you all.