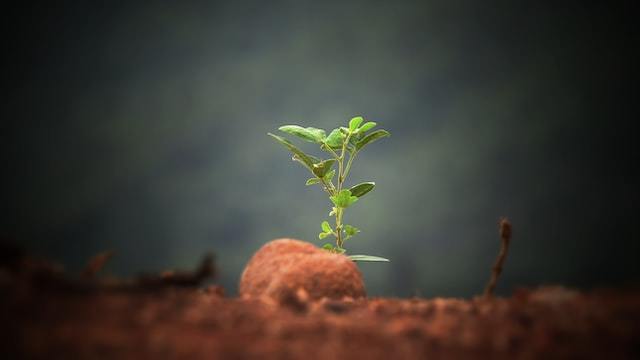 "In everything, whether it is a thing sensed or a thing known, God himself is hidden within.”
St. Bonaventure

Looking at a tree stump, you won’t think much of it. But often they have deep roots. While they aren’t thriving on top, they survive down under. This helps to understand Israel, the people of God, under Roman occupation. They hold fast to their traditions, the Law, but they aren’t free to flourish.

Disease, sin, political corruption, tyrants at the level of empire but also local predators are keeping the people of God oppressed. Their holding fast to the law and traditions doesn’t mean they struggle to keep the faith and live honest lives. They know they’ve been promised a great nation. What happened to God’s promise that they’d be a blessing to all? What about the unbroken peace and justice - what happened to that?

There have been times in their history when the people of God have been so worn down, a shadow of what they were meant to be. Their prophets end up seeing the truth through their front of “doing okay” and they see the stump. But they also see their tree. Bright green, small at first glance, a tender curl unfolds against the hardened wood. The new shoot is part of the stump, unlooked for, but proof of its profound life. A harbinger of the future. The reign of peace and justice promised by God will begin suddenly, surprisingly, as a little green curl of life.

What is most promising in God’s eyes often doesn’t begin with savvy strategies, careful preservation of traditions we’ve known, or holding on with gritted teeth, but with tenderness and vulnerability. The shoot of Jesse is a sign of a whole new age of life for God’s family tree. This will truly be God’s work, and as we see in Isaiah and hear from John, it will revealed God’s dearest will for them, and for us.